3 Colts players who must step up vs Green Bay Packers 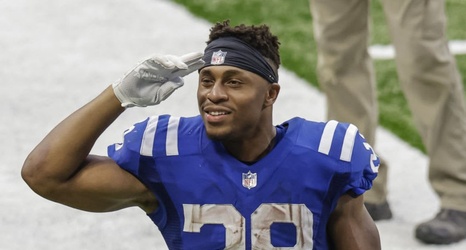 INDIANAPOLIS, IN - SEPTEMBER 27: Jonathan Taylor #28 of the Indianapolis Colts salutes the fans following the game against the New York Jets at Lucas Oil Stadium on September 27, 2020 in Indianapolis, Indiana. (Photo by Michael Hickey/Getty Images)

Here are three Colts players who must step up against the Packers on Sunday.

The Indianapolis Colts’ unforgiving slate of games this month will continue on Sunday, when they welcome the 7-2 Green Bay Packers to Lucas Oil Stadium.

It goes without saying that this will be head coach Frank Reich’s side’s stiffest test of the season, so they’d better come ready to play.