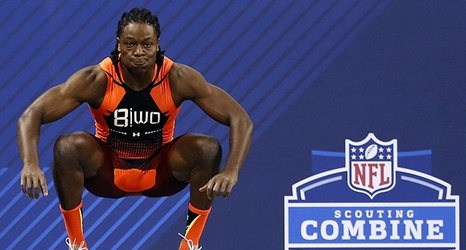 INDIANAPOLIS – Indianapolis International Airport is about to see the future of the NFL come through their terminals over the next week.

Starting Tuesday, more than 300 NFL prospects will report to Indianapolis for the 2017 NFL Scouting Combine.

Prospects will arrive in Indy for a four-day interview process that will span a variety of intense analyzation.

The on-field workouts for the prospects will come on their final day in Indianapolis.

Here’s a breakdown of how the schedule will look for the prospects upon their arrival (the first group of players arrives Tuesday):

Due to the ever-growing media covering the NFL’s second largest event, the media portion of this year’s Combine has been moved from Lucas Oil Stadium into the Indiana Convention Center.

See full article at Official Site of the Colts