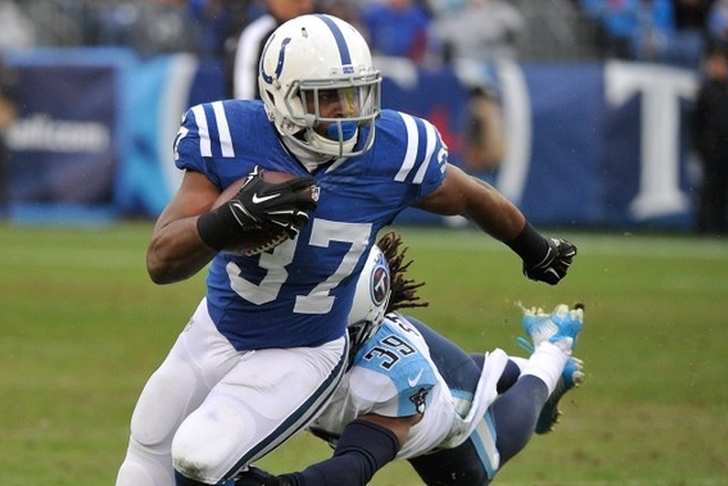 A former Indianapolis Colts running back died Tuesday after accidentally shooting himself in the stomach. Zurlon Tipton, who played for the Colts in 2014 and 2015, shot himself at a Michigan car dealership according to Fox 2 in Michigan.

Tipton had pulled into the service area of the dealership and removed a duffel bag. The bag contained two guns and one of them accidentally went off, hitting Tipton in the stomach.

Fox 2 reports police expected Tipton to be okay, as he was alert and speaking before being transported to the hospital. An autopsy is scheduled for tomorrow.

On Christmas Day in 2015, Tipton was arrested for criminal recklessness with a deadly weapon. Tipton went into his girlfriend's home and fired a round from his AR-15 rifle. Tipton and his brother had gone to Tipton's girlfriend's house after getting texts that the girlfriend had received threatening messages from her ex-boyfriend.

Tipton played his college ball at Central Michigan, with the Colts signing him as an undrafted free agent after the 2014 NFL Draft. He didn't play much, but did have 27 rushing yards on 13 carries and 75 receiving yards and one touchdown on seven catches. He was 26 years old.