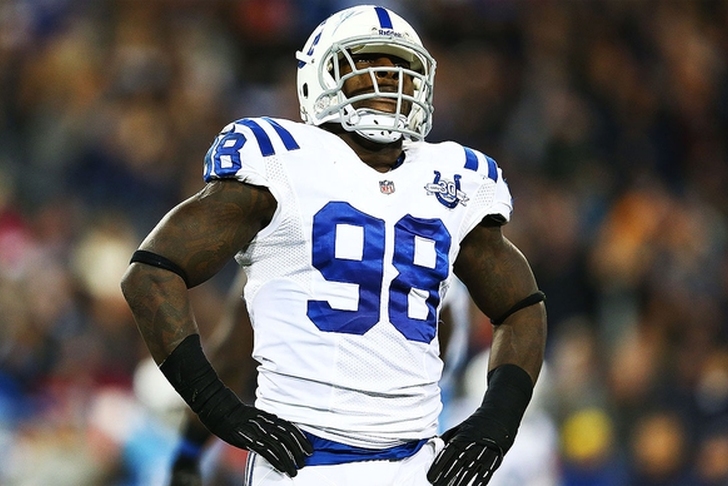 There's no doubting the Indianapolis Colts' need for pass rushing help. The team struggled to get the to QB last season, and it showed. Unfortunately for the Colts, the options aren't great this offseason.

The Indianapolis Star reports the team could struggle to find a suitable solution. The team won't be able to get a Von Miller type in free agency, while the draft features a down-year for pass rushers. The Star says Noah Spence could be the best from the draft, and the team's own website says he's an option.

Spence has serious off-the-field concerns, stemming from failed drug tests at Ohio State. Outside of Spence, who might not make it to the Colts' No. 18 overall pick, the team's site suggests Notre Dame's Jaylon Smith, Clemson's Shaq Lawson, Georgia's Leonard Floyd and Utah State's Kyler Fackrell. Smith might have nerve damage in his knee, which could result in a major free-fall in the draft. Lawson and Floyd could be first round picks, but they might not be Top 20 talents. Fackrell is a Day Two prospect.

The Colts find themselves needing pass rushing help because of a few misses in recent years. Trent Cole was a bust free agent signing and Bjoern Werner was a bust draft pick. Jonathan Newsome was a released after a drug possession arrest, while Robert Mathis is now 35 years old.

Follow our Indianapolis Colts team page for all the latest Colts draft rumors!