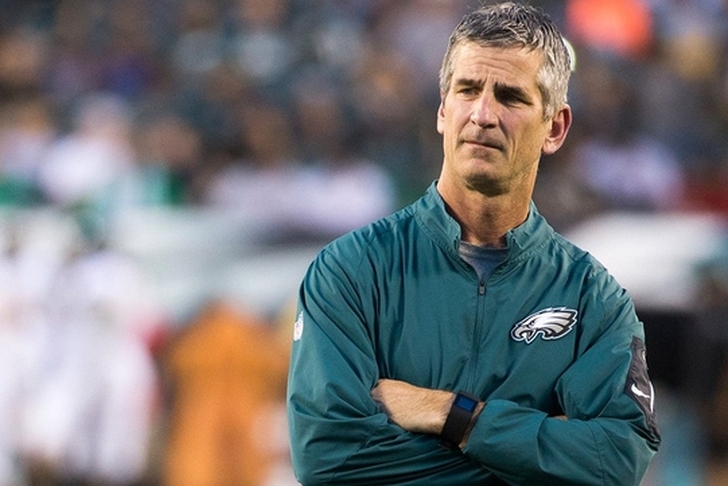 After being left at the altar by Josh McDaniels, the Indianapolis Colts have their new head coach. The Colts announced they've officially hired Frank Reich, the former Eagles offensive coordinator.

"We are extremely excited to announce Frank Reich as head coach of the Indianapolis Colts," Colts owner & CEO Jim Irsay said. “Frank has all the ingredients of a successful head coach: intelligence, innovation, character, organizational and leadership skills, and a commanding presence. He also has a stellar reputation, and his myriad of life experiences and the people he has worked with make him the perfect fit for us and our fans. I feel extremely fortunate and could not be more excited for Colts Nation and the future of our franchise."

A press conference for Reich is set for Tuesday. Hopefully Reich won't also bail on the Colts at the last second like McDaniels did.

Reich actually started his coaching career with the Colts in 2006 as an intern after a long career in the NFL as a backup QB. He coached with the Colts until 2011, serving as QBs coach and WRs coach at different points.

Reich also had a stop with the Cardinals and was the Chargers OC from 2014-15. He then took the same job with the Eagles in 2015, where he stayed until now. This is Reich's first head coaching gig in the NFL. He reportedly signed a five-year contract.