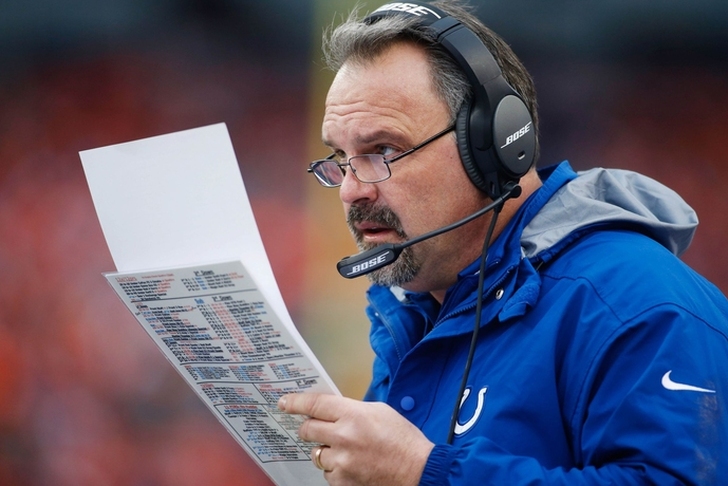 The Indianapolis Colts didn't fire head coach Chuck Pagano as many experts expected. In fact, they gave him a four-year contract extension on Monday -- dispelling release rumors that dogged him in the media for months.

However, somebody had to take the fall for the Colts' stumble to an 8-8 record this year, and that guy is defensive coordinator Greg Manusky. Via Ian Rapoport of NFL Media:

Manusky was brought by Chuck Pagano on the head coach's initial Colts coaching staff in 2012. He's served as the team's DC for all four of those seasons, following previous stints in the same capacity with the San Francisco 49ers (2007-10) and San Diego Chargers (2011).

The Colts' defense regressed in a major way under Manusky in 2015, dropping from #11 in total defense last season to #26 this season. With quarterback Andrew Luck sidelined for a significant portion of the season due to injury, the defense was tasked with picking up some slack in his absence.

They could not, with the low point being the 96 combined points the unit gave up in back-to-back losses to the Pittsburgh Steelers and Jacksonville Jaguars -- the first two defeats of a three-game losing streak which allowed the eventual AFC South champion Houston Texans back into the division race.