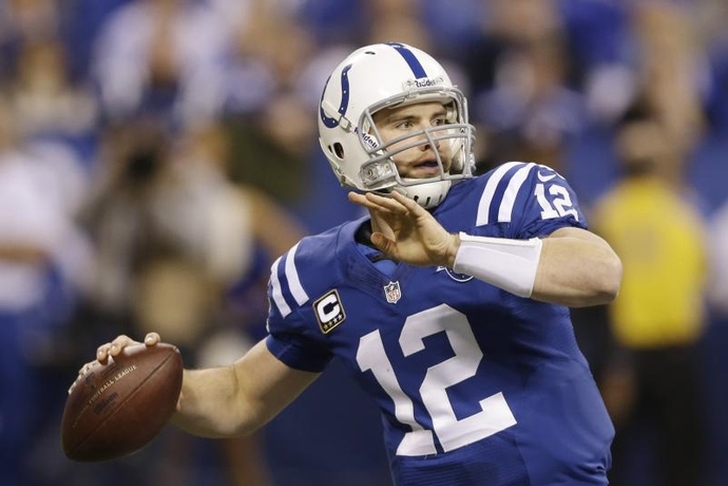 The Indianapolis Colts have been without star QB Andrew Luck for nearly a month now, as Luck recovers from a lacerated kidney and abdominal injury. However, Luck has resumed throwing, which is great news for the Colts.

Luck is throwing a "fair, intense amount," he told The Indianapolis Star. The throws have also been pain-free.

There is still no date for Luck's return, but he will be the starter when he's ready to go. Luck has struggled with turnovers this season. He's completed 55 percent of his passes for 1,881 yards, 15 TDs and 12 picks. His completion percentage and picks were on track to be career-worsts. He's played in just seven games this season as he's battled injuries most of the year.

In the interim, Matt Hasselbeck will continue to serve as the starter. He's played well for the Colts in Luck's absence. The 40-year old Hasselbeck is completing 64.7 percent of his passes for 1,023 yards, 7 TDs and two picks.

His play has led to speculation that the Colts could start him over Luck, but head coach Chuck Pagano has dismissed that possibility.