Andrew Luck May Not Return From Lacerated Kidney This Season 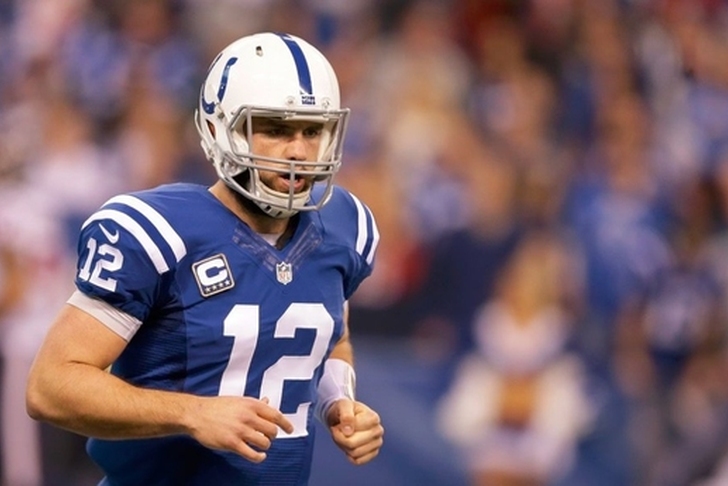 Indianapolis Colts quarterback Andrew Luck could miss the rest of the season with a lacerated kidney that has kept him out since their Oct. 18 loss the New England Patriots, according to ESPN's Adam Schefter.

As of last week, Colts were not optimistic Andrew Luck would be able to play Sunday vs. Houston; doctors will have their say this week.

Colts owner Jim Irsay said that Luck is expected to return this weekend against the Houston Texans, but that's now in serious jeopardy. Luck has resumed an "intense amount" of throwing at the beginning of December in an effort to return by the end of the season, but he isn't recovering at the pace that the team thought he would.

Backup Matthew Hasselbeck has played well for the Colts in Luck's absense, passing for 1,444 yards, eight touchdowns, and just four interceptions. However, he hurt his arm in Indianapolis' loss to the Jaguars on Sunday and is questionable to play on Sunday.

If Hasselbeck can't play, third-string Charlie Whitehurst will start against Houston. He completed just 2/8 passes for seven yards and an interception against Jacksonville.

Follow our Indianapolis Colts news page for all the latest Colts news!