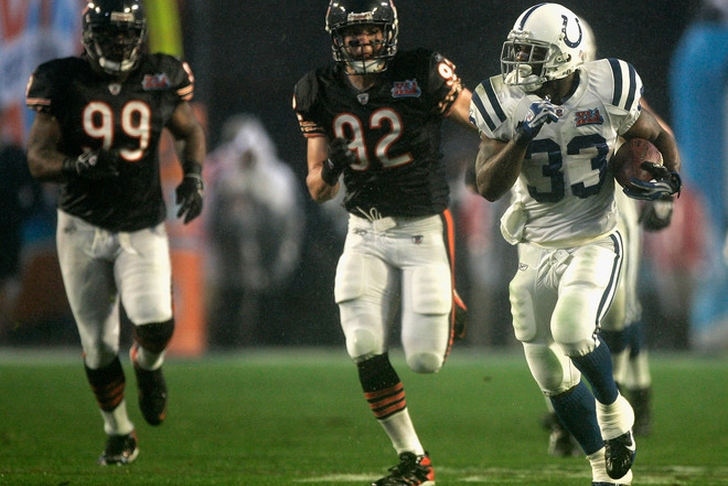 The beginning of OTA's is a very crucial time for NFL teams. It marks the first time that coaches get to see their entire team assembled together. It gives teams a chance to start working and fine-tuning their offensive and defensive playbooks. It also presents the opportunity for rookies and unknown talent the chance to emerge and prove themselves, with the hopes of rising up the depth chart.

We see it every year with the yearly classes of undrafted free agents that teams sign to fill roster space. A handful of guys with zero expectations will turn into key roll players for their respective teams. Some of these players even go on to do extraordinary things. Kurt Warner, Warren Moon, John Randle, Antonio Gates, and Adam Vinatieri are among some NFL greats that went undrafted.

The Colts have been a team that has found exceptional talent after the draft in the past. With OTA's already underway, the Colts hope to find similar success this year as they have with others in the past. Who knows: maybe someday someone from the 2014 class will make it to this list?

Justin Snow went undrafted out of Baylor in 2000 before being picked up by the Colts. Maybe long snapper is not the sexiest position in the NFL, but Snow stood as a reliable and consistent member of the team for his 12-year career with the team. After signing, Snow did not miss a single game during his Indianapolis career. Snow's greatest accomplishment came in 2003 when kicker Mike Vanderjagt, punter/holder Hunter Smith and himself served as the only trio to make every extra-point or field goal attempt for an entire regular and post season.

Perhaps remembered best as a Baltimore Raven (or selling Depends), "Goose" started his 12-year career as an undrafted free agent by the Colts. Through his first seven years with the team, Siragusa served as a reliable run-stopper and a dominant force in the middle of the line. He also became a beloved figured for his "every man" look and his charmingly humorous personality, a perk that most likely helped lead to his career on camera. Siragusa had his best year in 1994, recording 88 combined tackles, five sacks, two forced fumbles and five defended passes. When he left for Baltimore following the 1996 season, "Goose" had piled up around 250 combined tackles and 16.5 sacks.

Tight end Marcus Pollard had a decent reason for going undrafted in 1996: he never played college football. Pollard played basketball at Bradley University and captured the attention of the Colts because of his size and athletic ability. Pollard quickly proved them right, moving his way into a starting role and becoming one of the best receiving tight ends in the league. In his nine years with the team, Pollard averaged over 10 yards per catch all nine years. Pollard went on score 35 touchdowns rack up over 3,300 receiving yards setting club records along the way. Eventually dethroned by future team record setter Dallas Clark, Pollard remains one of the best pass catchers in team history and ultimately helped the emergence of one Peyton Manning early on in his career.

An undrafted running back out of little Midwestern State, Dominic Rhodes exploded onto the NFL scene during his rookie year in 2001. After starter Edgerrin James went down for the year with a knee injury, Rhodes took over and led the team with over 1,000 yards rushing. Rhodes continued to serve as a back-up until James' departure following the 2005 season. The following season, Rhodes helped lead the team to a 12-4 regular season record, and a miraculous run to a Super Bowl victory. Rhodes (the real Super Bowl XLI MVP, sorry Peyton) led the team with over 100 rushing yards and a touchdown in the game. Over his nine year career, Rhodes served three separate stints with the team. Rhodes never reached 1,000 yards after his rookie year, but always gave every run his all. Remembered best for his tough runs and punishing tacklers, Rhodes remains a beloved figure among Colts fans.

Overlooked during the 2003 draft due to his small stature, the Colts took a chance on Brackett out of Rutgers University. What Brackett lacked in size he made up for in intensity and tenacious defense. He quickly emerged as a cornerstone of the defense serving nine years at inside linebacker. As a hard hitter, a ball hawk, and a captain of the defense Brackett collected over 700 tackles and recorded 12 interceptions helping the team to two Super Bowl appearances. After a season ending injury in the first game of 2012, Brackett was part of the mass purging that included many long-time beloved Colts including Joseph Addai, Dallas Clark and Peyton Manning. The team lost a great leader and the heart and soul of their defense of the past decade that the team has yet to strongly replace.