The 3 Most Likely Playoff Opponents For The Indianapolis Colts 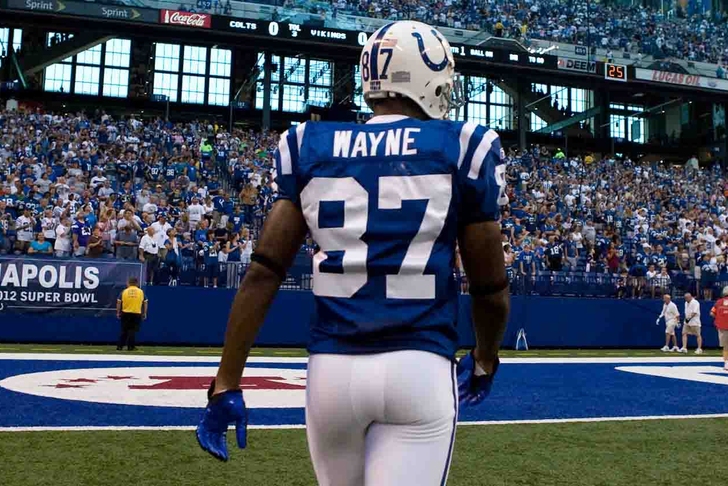 At 8-4 in the AFC South, the Indianapolis Colts are in control of their own playoff destiny...and in this bizarre season, that's a very good thing. There's still plenty of time left to shake things up, but as things stand, here are the three teams Indianapolis is most likely to face off against in the playoffs:

The Ravens are currently on the outside looking in, but they have a manageable remaining schedule that includes Miami, Jacksonville, Houston, and Cleveland. Of the teams on the AFC bubble (Buffalo, Baltimore, Pittsburgh, Cleveland, Miami, Houston - in that order), Baltimore has the best shot at breaking through...and if the Colts move up to the #3 seed (not a crazy thought, as #3 Cincinnati has looked very shaky), that could set the stage for a Colts-Ravens showdown.

On paper, this is a fantastic matchup for Andrew Luck. The Ravens are giving up 264.6 yards per game through the air (29th out of all NFL teams), and if Indianapolis can turn this game into a shootout, they stand an excellent chance of moving on. Indianapolis won the last meeting 20-13 at home earlier this year, but the Colts have lost their last two road matchups with the Ravens (both of those losses came before Baltimore's defensive overhaul, though).

The Chiefs are clinging to an AFC playoff spot right now, but a favorable schedule (@ Arizona, vs Oakland, @ Pittsburgh, vs San Diego) gives them a solid chance at landing a spot in the Wild Card game. Kansas City has an excellent defense and a dominant run game, but the Chiefs struggle when passing the ball and playing from behind.

Against an offensive powerhouse like the Colts, this matchup would largely hinge on who can seize the momentum early. The Chiefs love to take an early lead and then suffocate teams by dominating possession, but if Andrew Luck can get rolling quickly and force Alex Smith out of his comfort zone, the Colts could run away with the game. Indianapolis won the last meeting between these two teams 45-44 in last year's playoffs, and the Colts have won 12 of their last 14 against KC dating back to 1990.

Indy's most likely opponent is one they don't have much history with - these teams have played each other just eight times since 1999. The Chargers are in excellent position for the Wild Card, and they'd need to drop all four of their remaining games (vs New England, vs Denver, @ San Francisco, @ Kansas City) to give themselves no chance of playing the Colts.

Phillip Rivers continues to be one of the NFL's most underrated quarterbacks, and his game-winning performance against Baltimore on Sunday was just another example of what he can do to a shaky pass defense. The Chargers are a tricky matchup for the Colts because these teams have a lot in common - good passing games, a less-impressive ground attack, and solid, but beatable defense. Unlike Baltimore and Kansas City, San Diego has been excellent against Indy in recent years - the Chargers have won six of their last seven against the Colts going back to 2005. This would be a fascinating - and very even - matchup.

Who would you like to see Indianapolis take on in the playoffs? Let us know in the comments section!