Instant Reaction: Colts Advance To Divisional Round With 26-10 Win Over Bengals 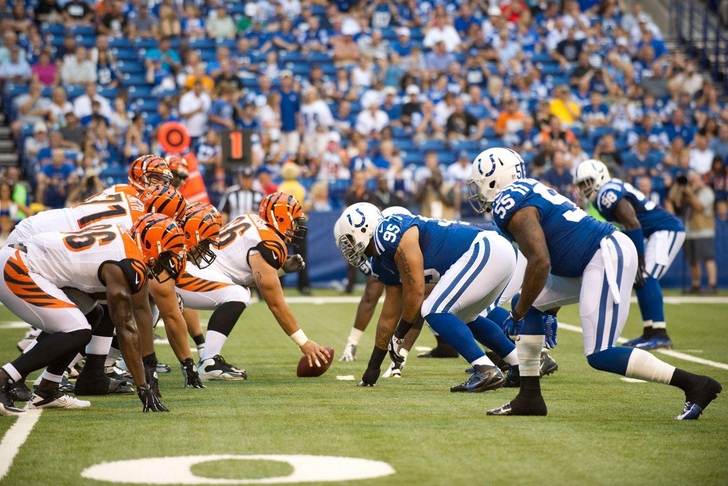 For the fourth consecutive year (and the fifth year out of the last six), Cincinnati's season ended in the Wild Card round.

Without leading WR A.J. Green and TE Jermaine Gresham, who both missed out with injuries, the Bengals were unable to find an answer for Andrew Luck and the Colts offense.

After both teams traded field position to begin the second half, the Colts were the ones to capitalize on 2nd and 10 with 7:57 remaining in the third quarter. WR Donte Moncrief turned on the jets, hauling in a 36-yard TD pass from Andrew Luck that put the Colts up 20-10. When Cincy's punchless offense couldn't answer, it dug them a hole they just couldn't climb out of.

Andrew Luck had an excellent game, going 31/44 for 376 yards and a touchdown. Luck completed at least three passes to six receivers today, spreading the ball around and keeping Cincy's secondary from keying in on any individual player.

Cincinnati's wait for a second-round playoff game continues - their last appearance came in 1990, two years before starting RB Jeremy Hill was born. Bengals HC Marvin Lewis is running out of chances to show he can take this team to the next level, and we'll be keeping a close eye on him over the next few weeks in the event that Cincy's front office makes a move.

The Colts will travel to Denver to take on the Broncos in the divisional round on January 10 or 11.