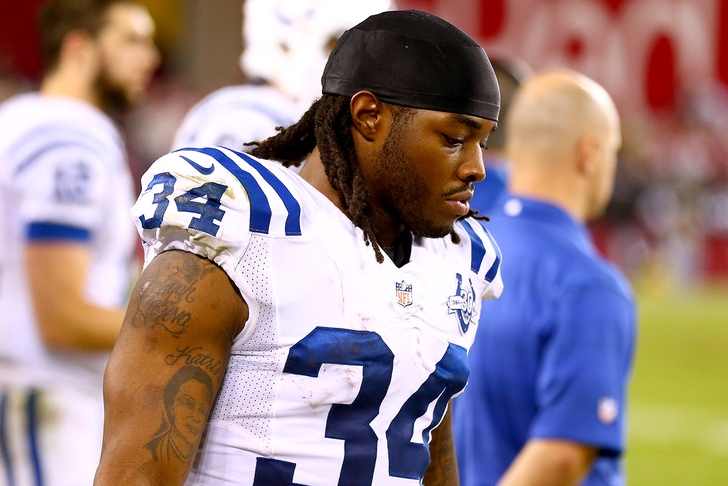 While he may have moved on to the Oakland Raiders are a two-year deal with $600,000 in guaranteed money, former Indianapolis Colts running back Trent Richardson could still possibly seek the $3.184 million left on his original rookie deal.

Richardson’s rookie contract contained fully guaranteed salaries with no offset language. It means that Richardson can get paid the full amount of the money he was due to make in 2015 from the Colts, on top of what he’ll be getting in Oakland.

First, Richardson must win his pending grievance against the Colts.  By suspending him without pay for the AFC title game, the guaranteed nature of Richardson’s 2015 salary disappeared.  If he defeats the suspension via his grievance, the guarantee returns.

Richardson is slated to make up to $1.875 million in 2015 and $1.95 million in 2016 with the Raiders, with some of that hinging on per-game roster and workout bonuses. Whether or not he'll add an extra $3.184 million from Indianapolis still remains to be seen.