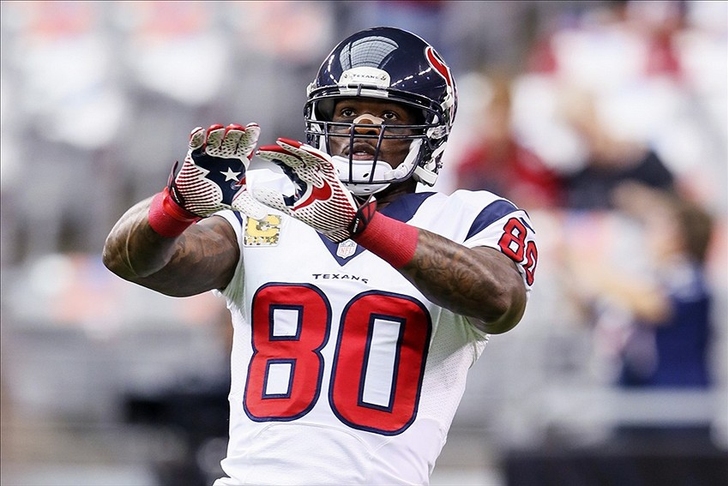 The Indianapolis Colts had a great season, but lost to the New England Patriots in the AFC Championship Game. Indy is a team on the rise with Andrew Luck under center, but they still need some pieces to become legitimate championship contenders. Here are the players they're targeting in free agency to strengthen some of their weaknesses: Johnson became a free agent after being released by the Texans and is visiting Indianapolis with newly-signed Frank Gore, his college teammate at Miami. Indianapolis thinks Johnson could come in and fill the void left by Reggie Wayne, giving quarterback Andrew Luck another reliable, top notch receiver. Safety has been a problem for the Colts over the past few years, and signing Delmas would give them a young upgrade at the position after they released LaRon Landry. Delmas racked up 61 tackles in 13 games for the Dolphins last season and would be a reliable option in the back end of the defense.

The Colts really need help on the offensive line to help protect Andrew Luck since so much of their success rides on his ability to produce. Sims is the top lineman still on the market, and Indianapolis will make him a top priority considering the lack of viable options behind him in free agency.