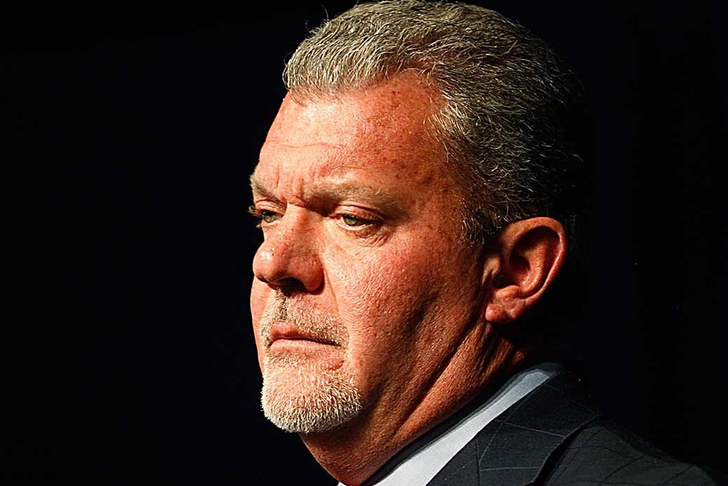 Indianapolis Colts owner Jim Irsay has been suspended for six games and fined $500k after pleading guilty to one misdemeanor count of operating a vehicle while intoxicated.

Irsay, 55, was arrested on March 16th on suspicion of DUI and drug possession. Toxicology tests revealed oxycodone, hydrocodone, and anxiety medication alprazolam in his system at the time of the arrest.

Irsay has struggled with prescription abuse for some time - his first acknowledgement of the problem came back in 2002. The $500,000 fine was the maximum amount NFL Commissioner Roger Goodell could have sanctioned Irsay without appealing to the other owners for a heavier penalty.

The NFL penalty comes after Irsay was sentenced to 60 days in jail (with 58 days suspended and two credited to him for the time he was incarcerated after his arrest) and sentenced to one year of probation. During his probationary period, Irsay cannot drive, must attend rehab and cannot possess or consume alcoholic beverages.

While he attends rehab, day-to-day Colts operations will be managed by Irsay's daughter Carlie.