Colts Draft Grades: Evaluating How Indy Did on Draft Day 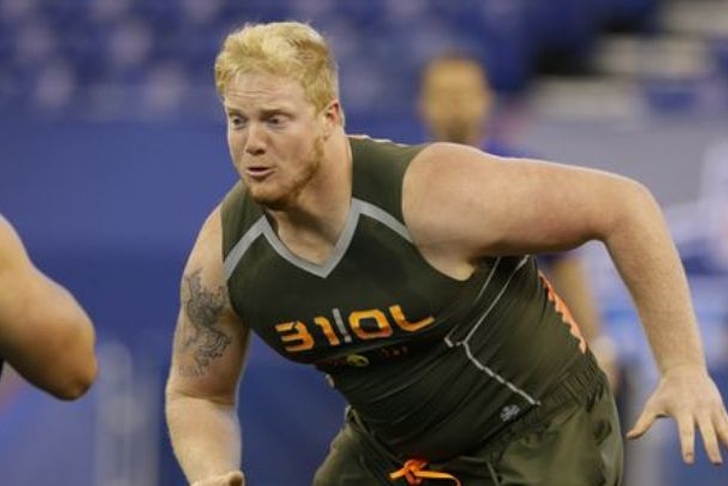 Following a fairly productive free agency, the Indianapolis Colts came into the draft with a few key areas to address. Finding a solid replacement for long-time, Pro Bowl safety Antoine Bethea was perhaps the most important following his departure to San Francisco.

Bolstering the offensive line was need number two for the Colts. Protecting Andrew Luck has been a concern since his rookie year as Luck continues to get hit too many times on drop backs. Upgrades on the offensive line are also vital for establishing the "power running game" that head coach Chuck Pagano and offensive coordinator Pep Hamilton have attempted to create with the addition of running back Trent Richardson, who cost the team their first-round pick.

The Colts also needed to address depth at the wide receiver position. Future Hall of Famer Reggie Wayne is coming off serious injury and entering the last year of his contract. T.Y Hilton has shown great promise in his first two seasons and stands to be his replacement. Besides Hilton, the Colts have little experience at the position, with the exception of Hakeem Nicks who signed a one-year deal during the offseason with no guarantee he will be around any longer than that. The Colts need to find Luck and Hilton some help.

The big question was: with no first-round pick and only five overall, could the Colts effectively fill these needs?

The biggest issue with this draft class was not addressing holes in the secondary. Many expected the team to spend one of their early picks on a safety or corner back to help upgrade a secondary that was exposed and torched on multiple occasions last year, including the Wild Card shoot-out with Kansas City. There was some decent depth at safety this year, and the Colts did not draft a single one. They must have a lot of faith in Delano Howell who would appear to be the man, having stepped in and played a handful of games for the injured LaRon Landry last season. The Colts did, however, identify needs on the offensive line, opting to draft two big men. These additions will hopefully help the Colts provide better protection for Luck and open up running lanes for their running backs. They also went out and drafted a wide receiver in the third round to help provide depth.

Jack Mewhort headlines this years' draft class, garnering enough respect from the Colts to be taken with their first pick. Coming in at 6' 6'' and 309 lbs out of Ohio State, Mewhort spent most of his time in college playing left tackle. However, Mewhort is very versatile, having served in guard and center positions in the past. Many, including myself, believe the Colts will kick him inside to play guard. Center is a possibility, but this seems unlikely after the team publicly endorsed second-year center Khaled Holmes as the starter. Mewhort had a very successful college career, helping pave the way for fellow second-round pick Carlos Hyde and earning both All-American and All-Big Ten First-Team honors last year. He also earned the respect of Buckeye head coach Urban Meyer who hand-picked him as a team captain. This pick works for the Colts, even though some may say he was taken too high. They addressed a need area with a high-character guy who can help bring leadership to one of the NFL's youngest offenses. Mewhort should serve well in opening running lanes for Trent Richardson and company, as well as protecting Andrew Luck.

Projected by some as a second-round pick, wide receiver Donte Moncrief fell to the Colts in the third. Criticized by some for not running sharp routes and not having very strong hands, I would not sleep on Moncrief. This was another solid pick-up by the Colts. He has great size and speed (see video above), giving him the ability to blow off the line of scrimmage and create separation in the secondary. He also tested very well at the NFL Combine where he tied for the best broad-jump among all receivers at 11 feet. Moncrief now comes into a situation where he will be utilized, but not forced into a starting roll. He can learn from Reggie Wayne and T.Y. Hilton and help improve his game. There is a lot of upside for Moncrief and has potential to become a big part of this team going forward.

The Colts made some decent picks with Mewhort and Moncrief, but the rest of the draft was very lack-luster. They look some players to help with their linebacker group, which will help (if they can make the roster). The biggest issue with the draft, again, is the lack of identification and picks aimed to help the secondary. Behind cornerback Vontae Davis, the Colts' secondary is extremely weak in coverage. Delano Howell and LaRon Landry are better know for their help in run support. The Colts really needed to try and help themselves out here and the chose not to.

Then again, the Colts have always been known for finding diamonds in the rough in undrafted free agents, so there is a chance they may find someone they like in this year's bunch.