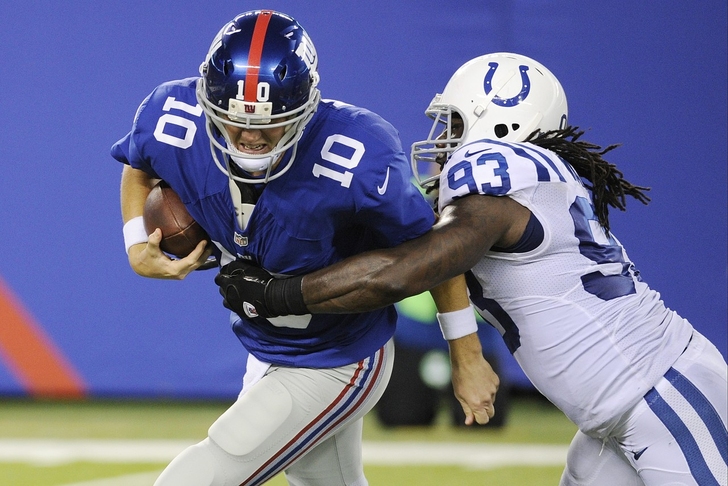 Indianapolis Colts defensive lineman Erik Walden knew some discipline was coming from his ejection for making contact with an official during Sunday's win over the Bengals, and the fine came down today.

#colts Erik Walden fined $27,562 for contact with official. Called it nonsense. 'Tell Roger I appreciate it'

Walden is obviously upset about the fine, as he was about his ejection - which came when he slapped the hand of an official away while walking away from a skirmish the official was breaking up.

The Colts travel to Pittsburgh to face the Steelers on Sunday.