5 Notable Players The Colts Could Cut Before The Season 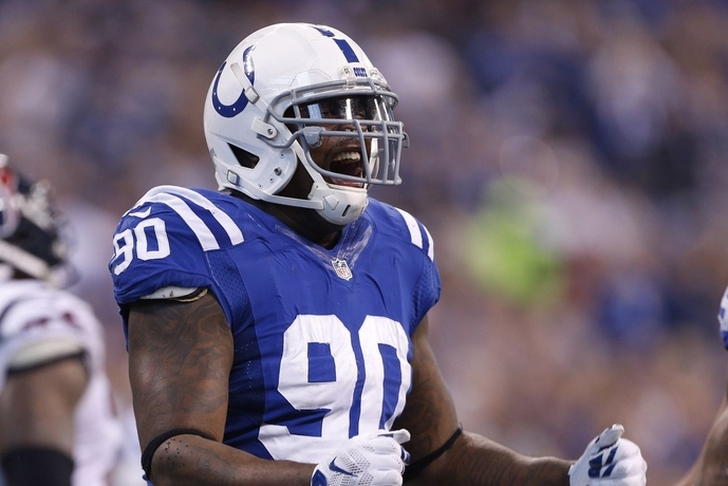 The reality of the NFL is that each year several veterans end up cut by their teams before the start of the regular season. That will likely be the case this year for the Indianapolis Colts. The Colts are trying to win now, but they'll cut veterans if it's in the best interest of the team.

The Colts would likely try to trade most of these players before cutting them, but more often than not, the players are simply cut. This list only focuses on some of the more notable players, which means we're ignoring the undrafted free agents or other players who don't quite move the needle enough. With that in mind, here are five players the Colts could cut before the season.

When healthy, Davis is worth having the third highest cap hit. But he battled injuries last year and the addition of rookies Quincy Wilson and Malik Hooker (who could let Darius Butler move back to CB) means the Colts at least have the option of cutting Davis if he struggles in the preseason. Even with $9 million in cap savings, the guess here is Davis makes the roster. But, there's still a chance.

Frank Gore is still the starter with Robert Turbin the resident vulture and Marlon Mack the running back of the future. With those three on the roster, is there room for Ferguson? He did nothing on the ground (15 carries for 20 yards), only helping out as a pass catcher. Mack might be able to take on those duties this year, leaving Ferguson with little to contribute. Nearly all of his salary is non-guaranteed.

Believe it or not, Langford has the ninth-highest cap hit at $4.25 million and $4 million of that can be saved with a release. He was great in 2015, but struggled in 2016 amid injuries. If Langford can't get healthy and back to his 2015 form, the Colts could elect to take the cap space. Players like David Parry, free agent pickup Margus Hunt, Henry Anderson, Haason Ridgeway and rookie Grover Stewart give the Colts the flexibility and depth they didn't have last year. But if healthy, Langford could easily up as one of the best Colts defensive linemen.

The Colts added Mingo this offseason, but he wasn't the only one and the other additions mean Mingo might not make the roster. Free agent pickups John Simon, Jabaal Sheard, rookie Tarell Basham and hold over Akeem Ayers might be the only four the Colts keep. If that's the case, the Colts could save $1.5 million in cap space by cutting Mingo. A strong preseason would save Mingo's roster spot, but his job isn't as guaranteed as it seemed at the start of the offseason. Morris' future with the team might be tied to Davis. If Davis is brought back, the Colts would have five corners if Butler plays there (Rashaan Melvin is the other not yet mentioned). Morris managed to start two games last year after coming over from the Texans, but he wasn't that great. With his entire salary ($775K) able to be saved, the Colts might look elsewhere for a bottom-of-the-depth chart CB.