5 Things We Learned From Indianapolis' 44-17 Victory In Jacksonville 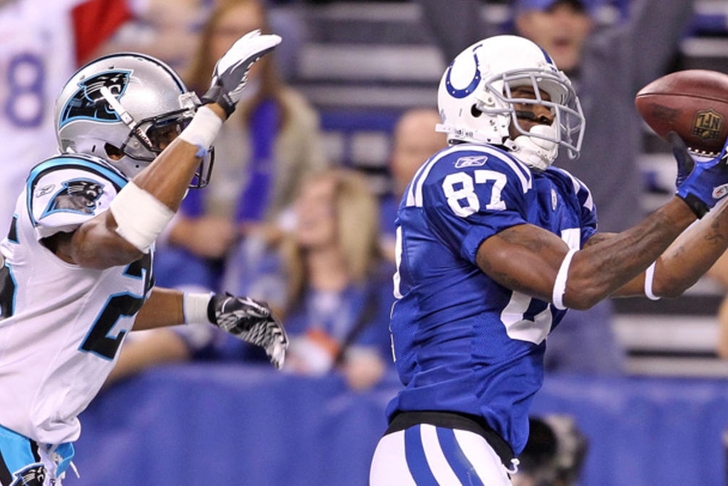 It was over from the start during the Jacksonville Jaguars' home opener, as the Indianapolis Colts played as complete of a half as can be played in heading into the break up 30-0.

The second half would basically count as mop-up time with a catch, as Jacksonville Jaguars first-round pick Blake Bortles took over for a struggling Chad Henne in the Jags' 44-17 blowout loss to the Colts.

5. The Colts Rebound In A Big Way

It was absolute dominance in the first half. So much so, that the Jacksonville Jaguars might have changed course on their entire 2014 season thanks to the 30-point drubbing the Colts were handing them. That's what this Indianapolis Colts team can do when things fall their way - suffocate you on defense while Andrew Luck puts up Madden numbers all around the field.

4. Blake Bortles Has The Reins

While Bortles didn't look exactly like the game-changer he promises to be just yet, he ignited what was a listless crowd in Jacksonville when he stepped on the field. He would lead the Jags to 3 points on an eight-play, 59-yard drive that could serve as a promising snapshot of things to come for the franchise.

He would then set the crowd on fire with his first NFL touchdown pass, a short pass to WR Allen Hurns that Hurns would break for 63 yards and a score. Bortles finished 14-of-24 for 223 yards with 2 touchdowns and 2 picks in what was an electrifying debut.

From most accounts, head coach Gus Bradley won't undo this after pulling Henne, with Bortles likely to take the helm from here on out.

After the Indianapolis Colts changed it up last week with a run-heavy attack, it was back to what they seem to do best - all Andrew Luck, all of the time. Granted the running game did its part, but the Stanford product went postal on the Jags' secondary (31-of-39, 370 yards, 4 TDs) to give the Colts a breather for the game's final 30 minutes.

2. Jacksonville's Rebuilding Process Is Still At Its Beginning

If Bradley is truly ready to put all of his chips on the table and start Bortles, patience will need to be a virtue for the fans at EverBank Field. The team is still in need of a talent influx at several key positions, but does have the young building blocks to get out of their current tailspin for good.

Sunday was a humbling experiences for a Jags team that isn't there yet. But, it might have been the best thing for the franchise going forward.

Indianapolis has a winnable game at home against Tennessee next week before welcoming in the Baltimore Ravens on October 5th. If the Colts can take care of a Ravens squad that will still likely be reeling from their off-the-field concerns, Indianapolis could be back over .500 and right in the thick of things before the season is even half over. Chuck Pagano will have his team ready, as the Colts remain a force to be reckoned with in the AFC.