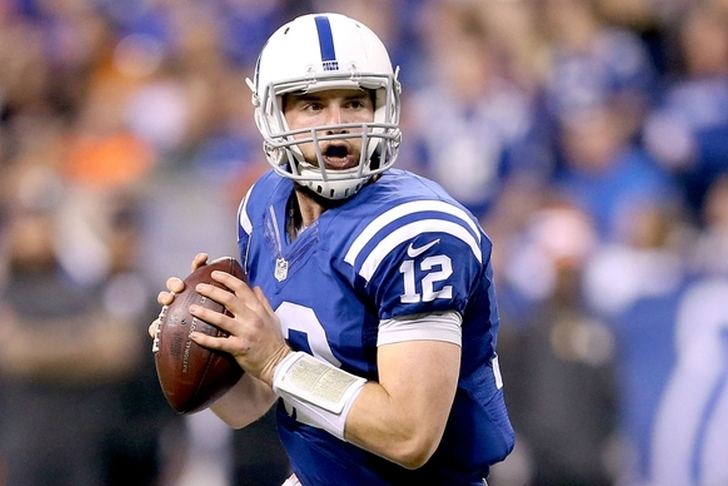 The Indianapolis Colts surprisingly missed out on the playoffs last season after a rash on injuries depleted their roster, but are not determined to return to being one of the AFC's elite - and we think they'll get there. Here are four reasons why the Colts are guaranteed to make the playoffs this season: No one in the division is really poised to challenge the Colts this year. The Texans have plenty of questions with the arrival of Brock Osweiler as their starting quarterback, and with J.J. Watt's health now a big question mark, we don't know how reliable their defense will be. Both the Jaguars and Titans will be improved, but neither are expected to really compete for a playoff berth. Simply put, this decision is Indy's to lose.

Year Two was an improvement for Moncrief, as he caught 64 passes for 733 yards and six scores. But he did much of that without Andrew Luck at QB and sharing some time with Andre Johnson. The latter is gone and the former is now healthy. That should mean a big season for Moncrief, who could surpass 1,000 yards this year. Last year's struggles were simply an aberration for the league's best young quarterback - Luck is going to return to being one of the league's best players in 2016. All of his weapons (including Moncrief) are now fully healthy, meaning he should duplicate his 4,761-yard, 40-touchdown performance from 2014. Look for Luck to carry this team back to the AFC Championship Game.

The biggest reason for Luck's struggles last season was terrible play from the offensive line in front of him. Now, the Colts have taken a good amount of steps to sure that up. The addition of rookie Ryan Kelly will give them a reliable center, and both Anthony Castonzo and Jack Mewhort have proven to be more than capable. As long as they just passable play from the other two positions, it will be a huge upgrade over last year.

Follow our Indianapolis Colts news page for all the latest Colts news!