3 Things We Learned About The Indianapolis Colts This Offseason 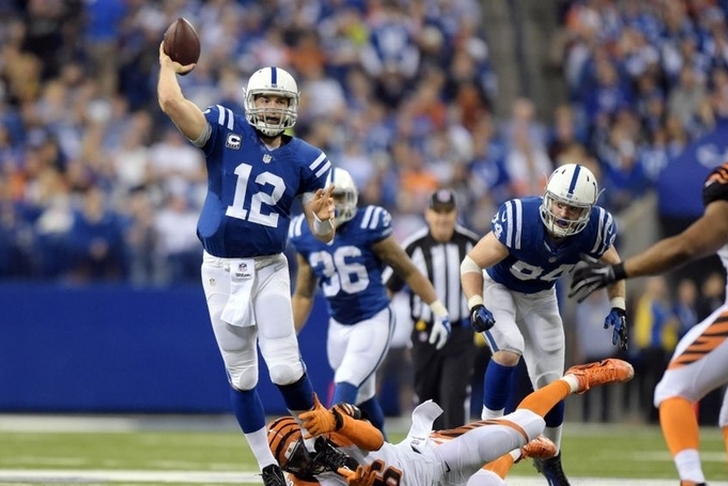 The Indianapolis Colts are on the cusp of championship greatness, and there's plenty of reason to believe that 2015 is the year that Luck and company get over the Super Bowl hump. Here are three things we learned about the Colts this offseason:

The Colts employed a revolving door of offensive-line looks in 2014, but Indy appears to have a concrete first team in place with Castonzo, Mewhort, Holmes, Herremans, and Cherilus -- provided Cherilus can come back fully healthy. Such continuity is going to be critical to Indianapolis getting maximum efficiency and pop out of their Death Star arsenal of offensive studs.

2) It's all about Andrew Luck

2015 just feels the year where Luck's ascent to superstardom meets Super Bowl glory. With former 49ers legend Frank Gore at his disposal in the running game and a couple of explosive new receiving targets in Andre Johnson and Phillip Dorsett, Luck has a full clip of ammunition to rain pinball-like scoring numbers on NFL defenses.

The Colts were already good offensively last season, but instead of addressing other weakness, they went all in on surrounding Luck with as many talented weapons as possible. Indianapolis will go as far as he takes them this year.

The signing of veterans like Gore and Johnson - along with Indy's natural ascension since drafting Luck - shows that this team is totally focused on willing the ultimate prize this season. The Colts surprisingly made the AFC Championship Game last season, and have emerged as legitimate Super Bowl contenders because of it. Now, they won't settle for anything less.