3 Reasons Why The Colts Should Retain Head Coach Chuck Pagano 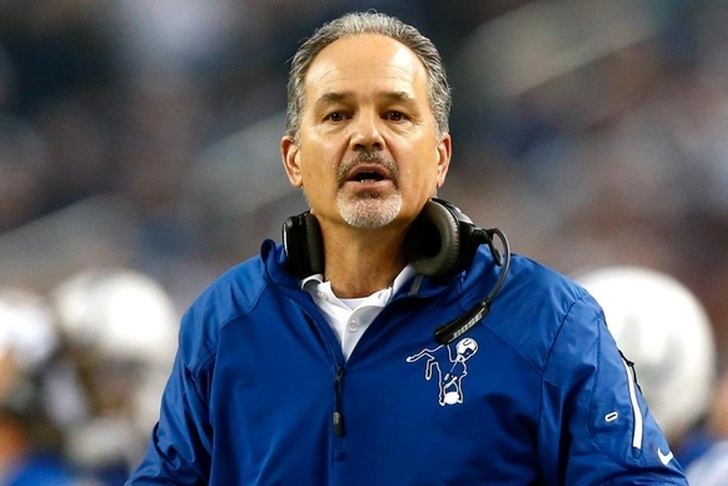 3. Let's Back Off On The Rumors

We have all heard the rumblings about the rift between Pagano and GM Ryan Grigson. There may be a solid measure of truth to those, but no "source" or media outlet is going to have the entire story. Unless the Patriots are helping with some Spygate-type shenanigans around the Colts front office, we can't know just how the relationship between Grigson is or isn't evolving. Critics have pointed to the relationship between the two as a major reason for why the team scuffled to an 8-8 record. What about the injury to Andrew Luck? Matt Hasselbeck getting banged up.

The Colts finished the season with a -5 turnover margin which placed them 24th in the NFL.  You can prepare a team all you want during the week, but it's up to the individual players to execute. They didn't for long portions of the 2015 season, and that's more of a personnel issue than a Pagano issue

Reporters around the Colts practice field and locker room this week remarked on just how loose yet focused this team was heading into Week 17. Pagano is underrated when it comes to his ability to keep players and coaches level-headed even with the chips are stacked against them. He also went 11-5 in his first three seasons, so why does one down year and some rumors have to end his tenure? It just doesn't make sense.