3 Reasons Why The Colts Are GUARANTEED To Beat The Patriots 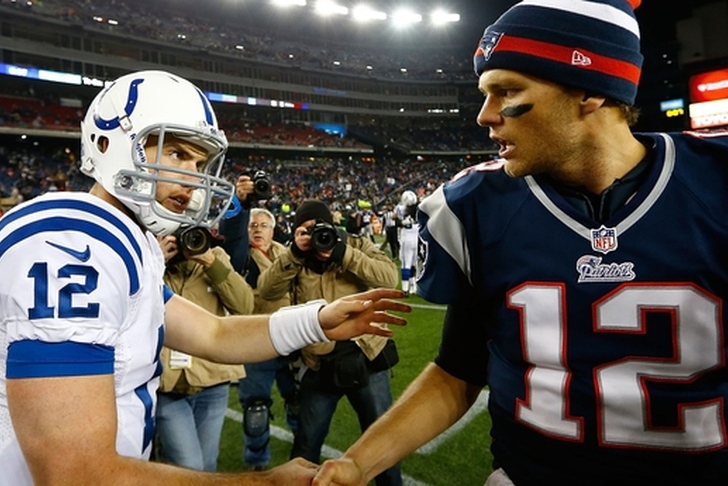 Luck is expected to start against the Patriots barring any unforeseeable setbacks with his shoulder. When on the field this year, the Colts QB has been peppered with hits and creative pressure fronts which have taken him out of his game. However, with a couple of weeks of rest behind him, Luck will be laser-focused and back in RoboQB mode as he looks to avenge last postseason's AFC Championship Game debacle.

Lucas Oil Stadium always buzzes on Colts gamedays. However, there's a VERY different kind of energy when the New England Patriots come to town. Expect emotions to be at a fever pitch and for the home side to ride the groundswell in clutch third-down situations. Everything is in place for a season-defining win, and the fans are going to ensure the Colts plans' go off with a BANG.

1. An Offseason Of Preparation

Everything the Colts did this offseason was designed to beat the Patriots. Indianapolis allowed 423 yards rushing in two games against the Patriots last year, and all indications point to that having a major impact on how Indy approached the draft and free agency. In addition, the Colts added speedy WR Phillip Dorsett in the draft to counteract how New England pressed TY Hilton to take him out of the AFC Championship Game.

The Colts have scratched and clawed their way to a 3-2 record this season. This is the game where they prove their worth as a contender and ensure that an offseason's worth of work wasn't in vain.