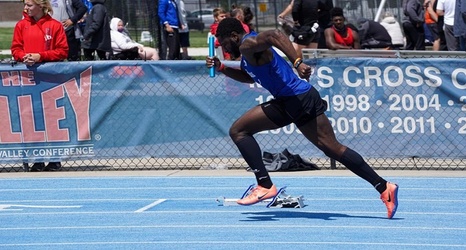 TERRE HAUTE, Ind. – Indiana State track and field had one of their strongest days of the season on Friday at the Pacesetter Sports Invitational, headlined by a school record performance from the men's 4X100-meter relay team.

The Indiana State men's 4X100-meter relay squad had a historic day on the track. Managing to dodge the rain, the team composed of Matthew Lewis-Banks, JaVaughn Moore, Jhivon Wison and Noah Malone clocked the fastest time in school history of 39.76, taking down the old record of 40.35 that has stood since the 1997 season.