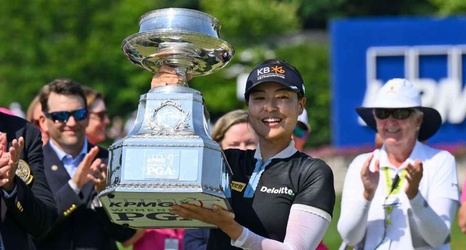 BETHESDA, Md. -- In Gee Chun rallied after losing the rest of her once-sizeable lead, overcoming a bogey-filled front nine to win the Women's PGA Championship on Sunday when Lexi Thompson faltered with her putter.

Chun shot a 3-over 75 for the second consecutive day at Congressional, but that was enough to win her third major title by a stroke over Thompson and Minjee Lee. Chun, after leading by six at the tournament's midway point, lost a three-shot advantage in the first three holes of the final round. Thompson was two strokes ahead of her after the front nine, but her putting problems were just beginning.