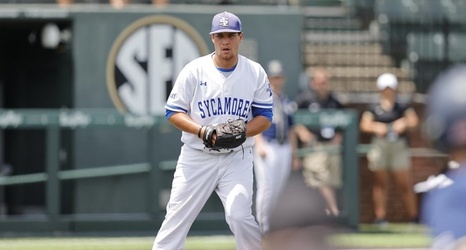 The left-hander finished his redshirt senior season with a 10-1 record in 14 starts on the mound. He finished with a 2.08 ERA over 99.1 innings of work. The left-hander struck out 98 while issuing just 14 walks on the year.

A Metamora, Ill., native, Guerrero was tabbed the Missouri Valley Conference Pitcher of the Year, a First Team All-MVC selection while also being selected to the MVC All-Defensive Team.