What’s the Ceiling of a Sabonis-Centric Pacers? 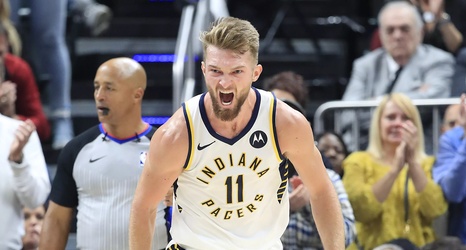 Caught somewhere in between contention and 8th-seed purgatory, the Pacers have hit a crossroads of sorts.

The organization has long been built on stability; making the playoffs in 25 of the last 31 seasons. Nearly always beset by injuries, but also underwhelming with five consecutive first round exits and six total playoff wins in five years, the Indiana Pacers are rocking the boat.

As the front office starts to reface the identity of the roster, starting with the coaching search, there’s a tangible perception that Indiana will not be starting two bigs on opening day of the 2021 season.