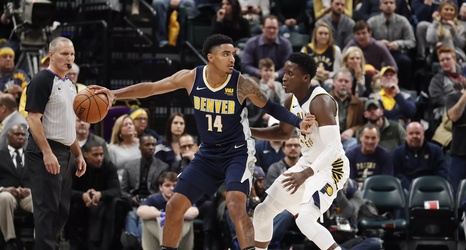 Myles Turner and Team USA continut second round play at the FIBA World Cup in China on Monday morning when they play Brazil in Shenzhen, China.

Brazil has a couple of NBA players with big man Christiano Felicio (Bulls) and forward Bruno Coboclo (Grizzlies). But the heart and soul of the team remains with veteran international players and former NBAers, Anderson Varejao and Leandro Barbosa. The Blur played the last part of the 2011-12 season with the Pacers, providing a nice burst off the bench, not to mention a great voice in the locker room for a team that eventually lost to the Heat in the Eastern Conference semis.