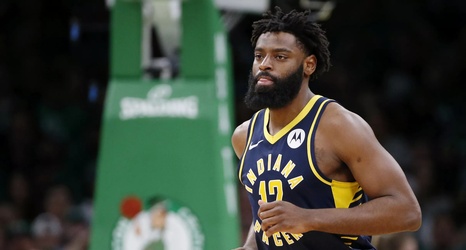 Free agent guard Tyreke Evans has been “dismissed and disqualified” from the NBA for violating the terms of the NBA/NBPA Anti-Drug Program, the league announced Friday.

According to the league’s collective bargaining agreement, players can only be disqualified for multiple positive tests for performance-enhancing drugs, or a first positive test for “drugs of abuse,” which are listed as amphetamine and its analogs, benzodiazepines, cocaine, GHB, ketamine, LSD, opiates, and PCP.

“We take these matters seriously and will reach out to Tyreke to offer our support,” the Pacers said in a statement released by the team.