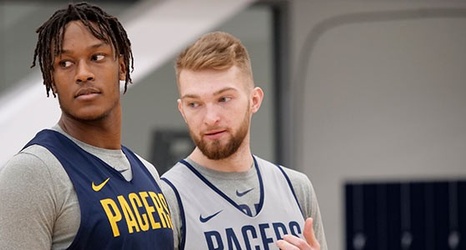 Finally, at long last, the question that has haunted many Pacers fans for much of the past two seasons, has been answered.

Yes, Myles Turner and Domantas Sabonis will be in the starting lineup together next season. At least that's the plan as of now according to coach Nate McMillan, who offered a quick and definite response when the question was posed on Sunday.

The two 6-foot-11 23-year-olds played together sparingly two seasons ago, with a negative overall impact. They shared the court more often last season, about 10 minutes per game, with more positive results.