Top 20 Basketball Moments at The Fieldhouse 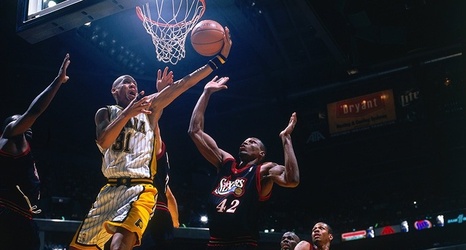 The Fieldhouse was built for basketball, and while it has hosted numerous other sporting and non-sporting events, basketball remains its heartbeat.

Its court has been occupied by players of all ages and talents, from young kids playing at halftime of a Pacers game to future Hall of Famers in NBA playoff games. Championships have been won and lost at all levels, and the next dramatic moment is never too far ahead.

Here are our choices for the top 20 games played in the Fieldhouse since it opened in 1999:

The first event conducted in what was then called Conseco Fieldhouse was, appropriately enough, a Pacers game.