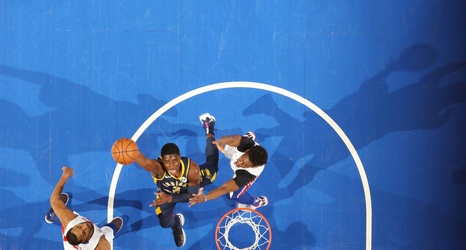 As I am entering the Old National Center in Indianapolis to see a 60s band by the name of Chicago I see the familiar face of Indiana Pacers guard Aaron Holiday.

It takes me a minute to understand why a young NBA player would want to be in a crowd full of people generations older. Then I realized Holiday is totally accustomed and not afraid of hanging with the older crowd. It has been like that his whole life and was the motto of his rookie season.

In the shadow of his two older brothers, Jrue and Justin, Aaron Holiday was the final of the three siblings to make the NBA with the Indiana Pacers drafting him at the 23rd overall pick.