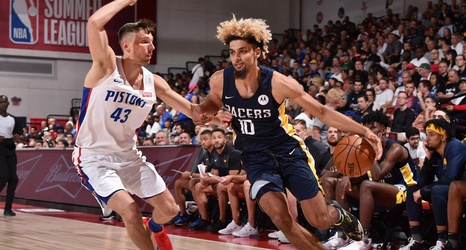 The potentially wild game-to-game variations of the NBA Summer League wasn’t on display for the Summer League Indiana Pacers, who for a second straight game, were ran off the floor. The Pacers actually led this one, holding a slight 18-16 lead over the Detroit Pistons after one.

The first quarter was shockingly ugly with an endless stream of foul calls, but it worked in Indiana’s favor, especially as they proved entirely incapable of scoring. Edmond Sumner was held out of this game, which didn’t help matters as Aaron Holiday struggled to score and a more active Alize Johnson couldn’t finish on the positive plays he did make.