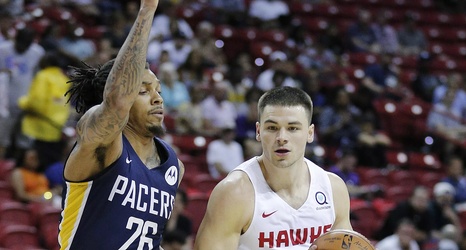 About an hour before tipoff between the Summer Indiana Pacers and Atlanta Hawks, the Pacers revealed that they would be sitting Aaron Holiday and Brian Bowen II in addition to another scratch for Edmond Sumner. Suffice to say, that left an already struggling Pacers squad with even less to lean on in regards to players under contract, opening the door for Alize Johnson to lead the way for Indiana.

Johnson did so just that, leading the team with 18 points and 10 rebounds in 33 minutes.