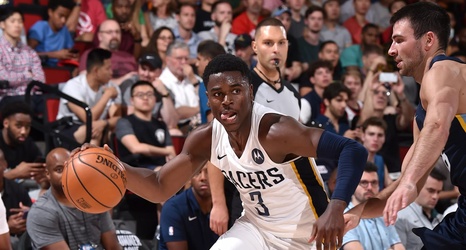 The Summer League iteration of the Indiana Pacers got off on the wrong foot on their 2019 Summer League campaign, getting blown out by the Memphis Grizzlies 101-75. If defense was a focal point for this team, they failed spectacularly, allowing Memphis to shoot shoot 53%. Many of those buckets came at the rim and in transition, where resistance was non-existent for much of the game.

Indiana not only never led in this one, but they were barely competitive, spending much of the game down double figures. Not surprisingly, their poor defense did not mesh well with their inability to score efficiently, finishing under 36% for the night.