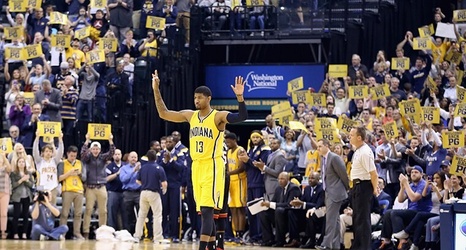 Victor Oladipo's return to the Pacers on Wednesday is reminiscent of some other highly anticipated comebacks from long absences by star players in the franchise's history.

Here's a look at four others that inspired standing ovations from the fans.

Stephenson had tongue-wagged his way into the heart of the Pacers' fanbase in the 2013-14 season when he set a franchise record for triple-doubles with five on a team that made a return trip to the conference finals. Then he was gone, taking poor advice to reject the Pacers' contract offer and sign with Charlotte, which relegated him to journeyman status.