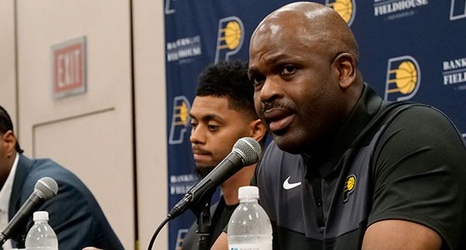 Kevin Pritchard had laid it out during his end-of-season press conference back on May 3. Defense is nice and all, but the Pacers needed more offense. They had given up fewer points on average than any team in the NBA last season but ranked 22nd in scoring. It wasn't difficult to determine the best way to get out of the four-year rut of first-round playoff exits.

"For me this summer came together in a huge way," Pritchard said Sunday. "Something we hoped for. When you look at the theme of what we wanted to accomplish, we wanted to get better on the offensive end.