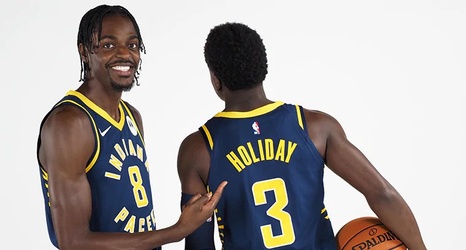 Age: 31
Years Pro: 7
Status: Unrestricted free agent.
Key Stats: Only Pacer to appear in every game this season. Averaged 8.3 points, 3.3 rebounds, and 1.2 steals in the regular season. Ranked second on the team and in the top 20 in the NBA with a .405 3-point percentage. Started six games in the regular season and two in the playoffs.

The signing of Justin Holiday was not the most conspicuous move in a busy offseason for the Pacers last summer. His deal wasn't officially announced until July 31, well after Indiana had used a first-round pick on Goga Bitadze, acquired Malcolm Brogdon and T.