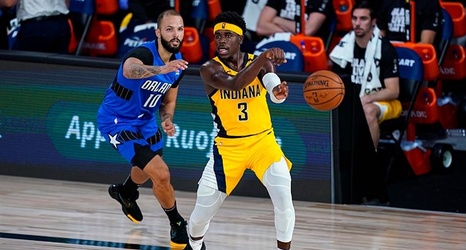 Age: 23
Years Pro: 2
Status: Entering the third year of rookie contract.
Key Stats: Appeared in 66 games for the Pacers, starting 33 of them. Averaged 9.5 points and 3.4 assists per game while shooting a career-best 39.4 percent from 3-point range.

Sometimes when a rookie heads into their second year, a rough patch can occur. The advantages of having new, never-before-seen, moves to the paint or deep shooting skills dissipate as more film is collected on them over time.

However, Aaron Holiday didn't have that regression that often creeps in.