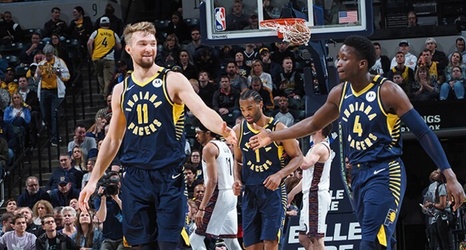 Historically, a six-game losing streak isn't all that unusual in the bigger picture of an NBA season. It would be difficult to find the veteran player or coach who hasn't endured much worse.

T.J. McConnell began his NBA career in the 2015-16 season with an 18-game losing streak. He remembers it as 19, but who's counting once the defeats venture into double figures? That processed team in Philadelphia also had two losing streaks of 12 games and another of 13.

Nate McMillan, as a rookie with Seattle in the 1986-87 season, played through a six-game losing streak in which four of the losses came by a double-figure margin, including a 17-point loss to the Pacers at Market Square Arena.