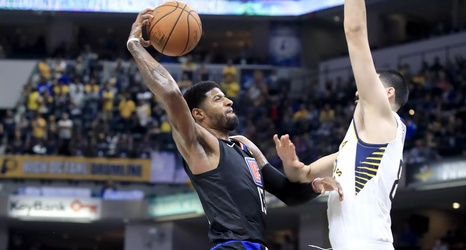 Lotsa stuff going on at the Fieldhouse on Monday night and not much of it was good for the Pacers. Obviously, the 110-99 loss to the Clippers...not good.

Paul George put on an impressive show, particularly in the second half on the court, draining seven threes and scoring 36 points through some boos from his former fans at BLF. But of course, PG couldn’t just let his game do the talking.

After the game, PG did what he’s done so often at the Fieldhouse, talk without saying much nor aligning his words with reality.