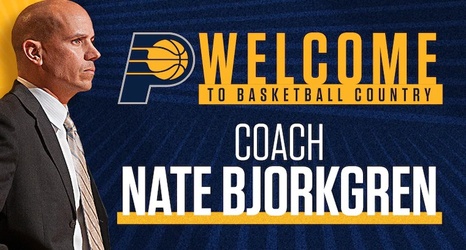 INDIANAPOLIS – The Indiana Pacers announced Tuesday that they have hired Nate Bjorkgren as head coach. Per team policy, the terms of the contract were not released.

Bjorkgren (pronounced BEE-ork-gren) served as assistant coach of the Toronto Raptors during the past two seasons (2018-20), and helped the Raptors win their first NBA Championship during the 2018-19 season. He also served as player development coordinator and assistant coach of the Phoenix Suns for two seasons from 2015-17 before joining the Raptors as an advanced scout during the 2017-18 season.

"We are very pleased and excited to have Nate as our new coach," said President of Basketball Operations Kevin Pritchard.