Oladipo Named to IBJ's "Forty Under 40" 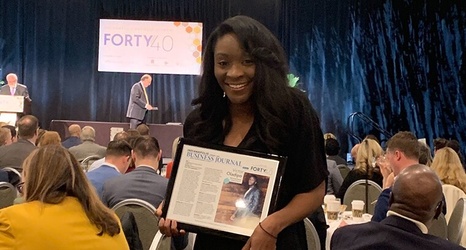 Pacers All-Star guard Victor Oladipo has received another another. The two-time All-Star was named to the Indianapolis Business Journal's "Forty Under 40" on Friday.

Oladipo has already made a tremendous impact in the city after joining the Pacers via trade in the summer of 2017. He has been named to two All-Star teams and won the NBA's Most Improved Player award, served as a captain of the Pacers, hit numerous big shots to lift the Blue & Gold to victory, and participated in a number of community initiatives within the city.

His "Forty Under 40" profile highlights both his love of basketball and musical talents, including his recent appearance on FOX's "The Masked Singer.