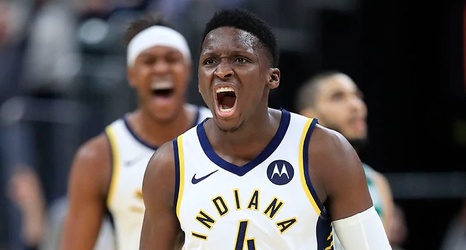 Oladipo, taking yet another step toward becoming peak Oladipo, scored 27 points in the Pacers' 114-111 loss to Boston at Bankers Life Fieldhouse on Tuesday. He scored 12 points in the fourth quarter, leading a comeback from a 19-point deficit late in the third quarter all the way to a three-point lead with less than two minutes left in the game.