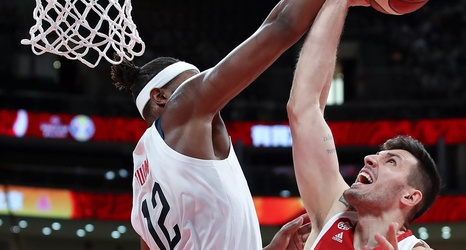 Even though the overall result of Team USA’s World Cup performance will hang as a disappointment, they were able to take some positives into the final game, defeating Poland to secure a seventh place finish. The United States came out scorching, using a 28-14 first quarter to hold off Poland for the remainder of the game.

One big difference in today’s game was Team USA’s ability to finally hit three pointers. Entering the game shooting just 33% from deep hangs as one of the big reasons they were unable to advance to medal games, but they came away 12-25 tonight, giving them a much needed advantage against a competitive Poland squad.