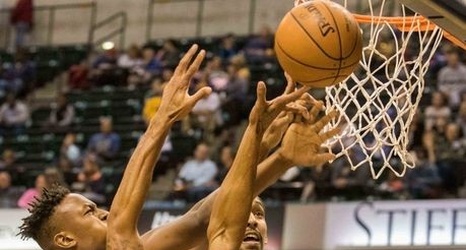 One of the reasons the Indiana Pacers drafted Myles Turner was for his shot blocking ability. The New Orleans Pelicans’ Corey Webster tried testing that ability on Saturday night and it ended poorly for the New Zealander.

Turner had 2 blocks and 6 rebounds in his preseason debut, playing a total of 15 minutes.

However the offensive prowess he showed in college didn’t show itself in his first game as he went 0 of 5 from the field including 0 of 2 from 3-point range. He only took two shots from within 8 feet of the basket and tested his range with most of his attempts.