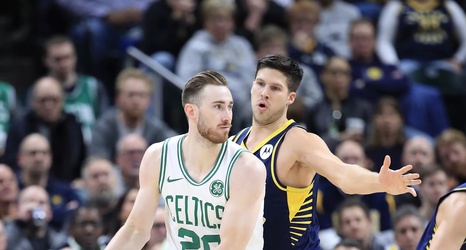 The Celtics, up and down its roster, are loaded on the defensive end of the court. Jaylen Brown being out for the game hurts them slightly, but they still have Tatum, Smart, Hayward and Theis, who all check out as significant positives onthat end of the court. They, specifically, thrive on stopping penetration. With Smart, Hayward and Tatum in the game at the same time, they have three long, tough wing defenders who are quick enough to stop their own man and long enough to be factors as help-side defenders.