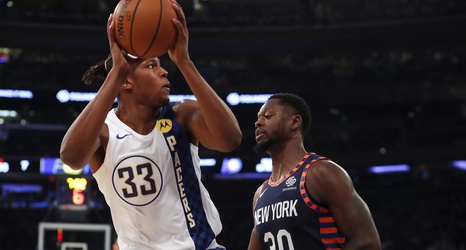 The Pacers (31-17) are back in action at BLF on Saturday night playing Knicks (13-36) in the second of three games between the two teams this season and the only visit to Indy for the Knicks this year.

No, the Knicks are not a potential playoff opponent, currently tied with Atlanta and Cleveland for the worst record in the East while dealing with injuries, youth and an oddly constructed roster. Rookie RJ Barrett (ankle) is out along with Frank Ntilikina and Elfrid Payton.

The Pacers are close to full strength pending the status of Myles Turner (illness) and should be in good shape with two days off after the emotional return of Victor Oladipo on Wednesday.