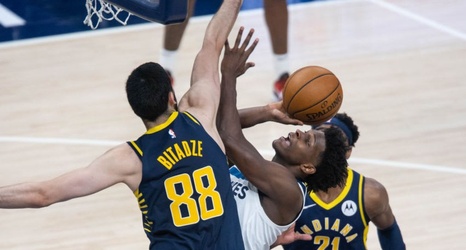 Goga Bitadze has now finished his second season with the Indiana Pacers. One could argue he has come a long way since that infamous media day picture during the 2019-2020 NBA Draft. What has changed from his first year?

During his first year in the NBA, Goga Bitadze had to conquer more than just the standard rookie year woes that come with becoming an NBA player.