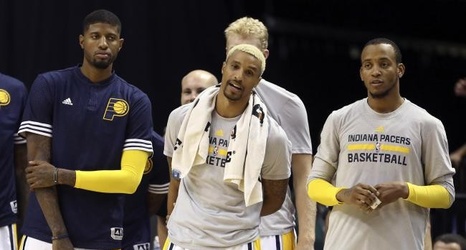 FORT WAYNE, Ind. — Talk to the Indiana Pacers, and the overwhelming response to questions about Monta Ellis is that he could hardly be a better fit.

It's time for the shooting guard to prove the flattery isn't misguided.

Ellis recently signed a four-year deal worth $44 million to join his fourth team in six years and an organization that underwent a handful of major changes during the offseason.

In came a fast-paced offensive system that president of basketball operations Larry Bird and head coach Frank Vogel agreed would be instituted immediately after the 2014-15 season ended.