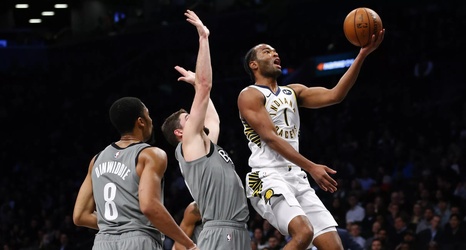 The Indiana Pacers mounted a 41-point second quarter that turned out to be too much as the they ran away to a 115-86 victory over the Brooklyn Nets.

Both teams were missing their primary playmakers in Kyrie Irving, Caris Levert, Victor Oladipo and Malcolm Brogdon. This was obvious as the teams put together dreadful offensive performances in the first quarter, which led to an 18-18 score at the end of the period.

One of the teams needed a role player to step up. The Pacers got that from the Holiday brothers.